Join us for MakerMadness 2019 during the March Madness NCAA Tournament at MakerspaceCT on March 21, 2019! 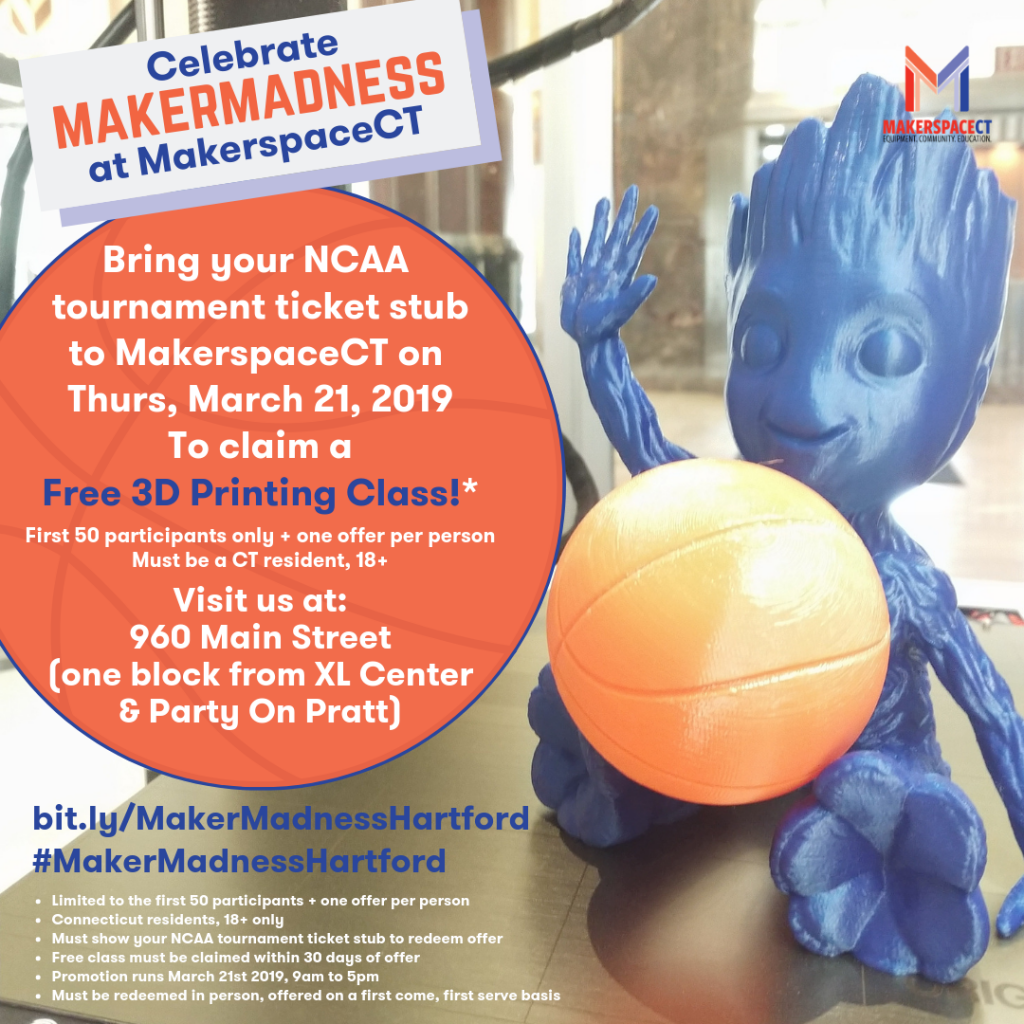 We are at 960 Main Street in Hartford, just one block from the XL Center and the Party On Pratt.

Fine print:
* Limited to the first 50 participants + one offer per person
* Connecticut residents, 18+ only
* Must show your NCAA tournament ticket stub to redeem offer
* Must be claimed within 30 days of offer
* Promotion runs March 21st 2019, 9am to 5pm
* Must be redeemed in person, offered on a first come, first serve basis

Operating Hours:
We are operating at reduced capacity for July – Aug 2022.